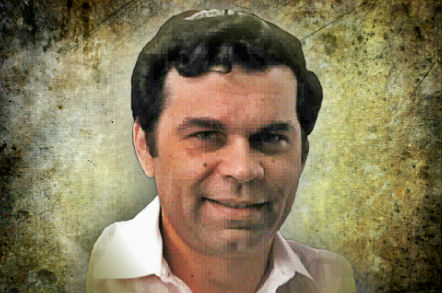 ﻿Eliyahu Goldratt was an Israeli physicist turned management guru. An acclaimed author, educator and business philosopher, he remained first and foremost a THINKER who provoked others to examine their underlying assumptions to discover new breakthroughs.

Eli formulated a variety of popular applications and tools including:
He also authored a series of popular books including ﻿The Goal﻿, The Race, What is This Thing Called TOC, The Haystack Syndrome, Production the TOC Way, It's Not Luck (The Goal 2), Critical Chain, Necessary But Not Sufficient, Isn't it Obvious and The Choice﻿.

His Goldratt Satellite Program, a series of 8 DVDs covering all disciplines of management, is also considered to be one of his finest masterpieces. Later Dr. Goldratt teamed up with his son Rami Goldratt to create TOC Insights. This interactive computer learning program is one of the best overall introductions to the application of TOC.

Eliyahu Moshe Goldratt was born to a rabbinic family as the son of Avraham-Yehuda Goldratt in British Mandatory Palestine one year before Israel's modern statehood. He earned his Bachelor of Science degree in Physics from Tel Aviv University, and went on to complete his Masters of Science and Doctorate of Philosophy degrees from Bar-Ilan University. ​

Dr. Eliyahu M. Goldratt left the world of academics to found Creative Output, a company that developed Optimized Production Technology (OPT). OPT was the first software to provide finite capacity scheduling for production environments. Despite the early success of OPT, Goldratt realized that certain habits and assumptions held back the software from achieving its full potential.

In response he authored The Goal﻿, a classic business book disguised as a gripping novel. Although the book did not feature OPT software, it was written to build awareness about harmful assumptions that slowed down OPT implementation. After The Goal got rejected by all major publishers, the Board of Directors of Creative Output began to grow concerned about the effort that their CEO continued putting into his side project. But with help from the owner of North River Press, The Goal was eventually published and went on to become a surprise hit.

Then something even more unexpected happened... companies began achieving greater success with just his book than when using the top-of-the-line OPT software packages! Eli lost the heart to sell his software and attempted to reposition Creative Output as a consulting firm. But declining revenues and Goldratt’s radical shift of focus caught shareholders off guard. Upset by all that was happening, the Board of Directors fired Dr. Goldratt as CEO his own company!

Further Developing the Theory of Constraints

Upon leaving Creative Output in 1985, Eli set out to establish the Avraham Y Goldratt Institute (named after his father) to promote the Theory of Constraints and promote it's implementation globally.

During this time, Eli threw himself into further developing the Theory of Constraints, a systems framework to help determine:
TOC asserts that the goal of a company is to make more (and more) money. It describes three methods to achieve this goal:
Dr. Goldratt realized that the first option of Increasing Throughput is generally far more powerful (and sustainable) than the other two methods. To help organizations increase Throughput, he created the Five Focusing Steps (also known as POOGI):In 1997, Goldratt retired from the Institute just prior to his 50th birthday.

Goldratt went on to found Goldratt's Marketing Group, Goldratt Consulting, and Goldratt Schools - which together formed the Goldratt Group.

The stated purpose of the Goldratt Group was to Make TOC the main way of managing organizations - an effective platform to improve business productivity in Production, Supply Chain & Distribution, Project Management & Retail, enhancing the quality of decision-making, improving communication and stimulating new solutions.
​
He continued the development of TOC both in the Goldratt Group and in active support for other developments like TOC for Education, TOC in Healthcare, TOC for the Individual (in the continuity of the Odyssey Program, and the publishing of The Choice).

Eliyahu was a sought-after consultant and trainer by many of the world’s largest corporations, including General Motors, Procter & Gamble, AT&T, NV Philips, ABB and Boeing.

He held patents in a number of areas ranging from medical devices to drip irrigation to temperature sensors.

He was a frequent contributor to scientific journals, magazines and business publications and sat on several editorial boards.

The Theory of Constraints Institute

The Theory of Constraints Institute was inaugurated on June 11, 2012, one year after Eli Goldratt passed away, to carry on his life long goal of teaching the world to think.