Vinay is a Director at Samtel Avionics & Defence Systems, Associate at Goldratt India and leads PGT Partners, a TOC consulting firm.  Vinay is a former Chief Executive of many organizations including: Vinay holds a degree in Engineering from IIT Kanpur and in Management from IIM Calcutta. He served as an industry leader in his stints as Vice-President and President of the Bearing industry association and member of ASCON and National Council of CII.  He has also been a member of the Global Management Committee of Saint-Gobain Abrasives. Vinay has led organisations in different business situations, namely start-up, turnaround, profitable growth, expansion/greenfield plants, technology transfer, build up of exports and rapid growth against stiff competition.  He has also been an IT entrepreneur in the formative years of his career, where along with his partners he built up a profitable, zero-debt business.

Joseph A. Hopper is an accomplished international lecturer and consultant specializing in supply chain, operations planning and inventory management. He has been associated with Goldratt Consulting and Goldratt India for TOC implementations across a variety of industries and applications.

Joseph holds an M.B.A. from ISB Hyderabad (Dean’s list) and a B.A. in International Business from King College. He began his career in equity research at United Management Company (USA) as one of four analysts monitoring assets of USD $1 billion.

Alex is Professor at UC San Diego and is on the Faculty of Thunderbird School of Global Management and Duke Corporate Education, the No. 1 Ranked Executive Education provider worldwide. He designs, directs and teaches customized corporate education programs and complex action-learning engagements on a broad range of business topics including Leadership, Strategy, Change Management, Execution/Acceleration, Sales, Entrepreneurship, Engineering Leadership and Technical Management.

A transformational educator and thought leader, he is at his best when orchestrating complex engagements with academic, experiential learning, consulting, and coaching components. Alex has received numerous teaching awards.

Alex served on the faculty of Stockholm School of Economics and taught extensively at McKinsey & Company. He also served as Senior Staff at the Jet Propulsion Laboratory at Caltech where he was a project manager for large-scale complex systems development.

Andrew completed his MBA from Macquarie University Australia, his Bachelors App Sc (Hons) from the University of New South Wales
and has trained at the Goldratt Schools. He is a recipient of the Commonwealth Scholarship Award.

Brad Stillahn is General Manager at Science of Business, where he help small business owners achieve fast bottom-line improvement through TOC implementation. He specializes in company-wide implementation of Theory of Constraints and pricing of custom manufactured products.

Prior to becoming a consultant, Brand achieved significant success implementing TOC at his Denver-based company, Adstick Custom Labels. In 1997, Adstick was highlighted for its best TOC practices by APICS.  The annual APICS Constraints Management conference was held in Denver so that Adstick could host the tour for the conference.  Dr. Eli Goldratt came and provided the recommendation for Adstick to  improve its marketing and sales. With Adstick’s profitability secured, Brad’s goal of being an owner-investor rather than an owner-operator was met by 1999 when he turned over the management of the business to a General Manager, and semi-retired.

In 2003, Dr. Goldratt announced ‘Viable Vision’, a process “to bring a company to have, in less than four years, net profit equal to its current total sales”.  Motivated to bring that reality to other business owners suffering with results less than their expectations, Brad combined consulting efforts with Dr. Lisa Lang, President of The Science of Business, to develop long-term holistic TOC Viable Vision relationships worldwide.

Before becoming the owner of Adstick in 1990, Brad was Director of Corporate Marketing for Menasha Corporation, a large privately-held, multi-divisional company based in Wisconsin.   He previously held a variety of management responsibilities at Owens-Illinois, a publicly-traded multi-billion dollar packaging company, including marketing, sales, corporate planning, finance and accounting, and logistics.  Brad holds the TOCICO certification as a TOC expert, and APICS certifications in Production and Inventory Management (CPIM) and Integrated Resource Management (CIRM). He received his MBA from Washington University in St. Louis.

Kobus is Interim Coach and CEO at Global Turnarounds Inc. He has conducted more than 8 turnaround engagements since 1999 where he received fees based strictly on the additional profits generated each month for clients. He also acquire distressed companies, and buys distressed loans from banks and investors.

Kobus is a Jonah and Certified Turnaround Professional (CTP) and completed his MBA and Bachelors from the University of Stellenbosch. His recently published business novel, The Forces of Progress, explores the few distinct forces that allow for a quantum leap in the in the performance of traditional businesses. 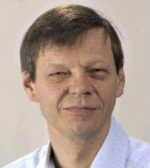 Philip is the founder and CEO of Marris Consulting, a management consultancy specialized in manufacturing & operations based in Paris France. Over 80% of the firm’s projects are based on the Theory Of Constraints. He has designed, sold and executed over 90 transformation projects throughout the world for multi-billion euro companies and Small & Medium Enterprises. Philip was in charge of Manufacturing Operations in France and the “Rest of the World” (Europe, Asia, Africa - excluding the USA) in the consulting firm Cap Gemini Ernst & Young.

Philip started his TOC journey in 1986 when he joined Creative Output France and had the privilege of working with Dr. Eli Goldratt. He started his “Lean” journey in 1983 and has growing his understanding and experience of JIT/Toyota Way/TPS ever since. Philip is involved in the “TOC + Lean” movement and founder of the LinkedIn “TLS - TOC Lean & Six Sigma” group. He is a member of the board of the recently created TOCICO French regional group and is active in increasing the awareness of TOC in Europe.

Philip is a regular speaker at TOC, Lean and other Industry-specific conferences around the world. He has several published works to his name including the best-selling textbook in French on how to implement TOC in manufacturing operations. Philip publishes approximately 6 articles per year in printed or web-based media. He has over 29 years of experience in industry and in consulting, having started his career as a production engineer in the steel industry in the north France. Philip lives in Paris and is bilingual and bi-cultural English / French.

Ravi Gilani is the Founder and Managing Consultant of Goldratt India, having introduced Dr. Eli Goldratt’s Theory of Constraints (TOC) in India in 1999. He was the first Indian member of the Goldratt Group’s international network of associates and served on the board of TOC-ICO during 2005-2008. Ravi was trained by Dr. Eli Goldratt in Supply Chain Management and is a certified Jonah.

During the last 40 years, Ravi's industrial experience has evolved from core Manufacturing Engineering to Total Quality Management and Business Process Reengineering to TOC. Prior to founding Goldratt India, Ravi was the Chief Consultant at ECS Limited (Formerly Eicher Consultancy Services Limited). During his consulting career of over 19 years, Ravi has consulted for and with many Indian and transnational organizations, such as L&T and Godrej & Boyce in engineering, Salora International in consumer electronics, RPG Cables in telecommunications, Alstom in power equipment, Indian Aluminum, Dalmia Cement & OCL India in cement & refractory, ICI in chemicals, Exide, Eicher, Ringplus Aqua, and Sona Okegawa in automobile components etc.Before starting his consulting career, Ravi gained valuable hands-on experience for 21 years in operations in the automobile industry (TELCO and Eicher). In addition to consulting, Ravi regularly disseminates his knowledge at a number of universities.

Ravi is an alumnus of the Indian Institute of Technology, Delhi. He enjoys striving for the impossible by challenging sacred assumptions and simplifying complexity.